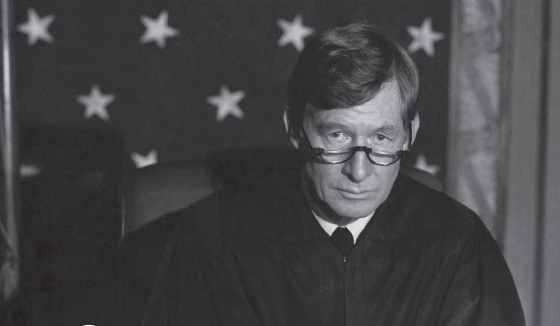 (Judge Johnson on the bench.)

Judge Frank M. Johnson Jr. was a federal jurist who, despite death threats and intense societal pressure, made civil rights decisions that helped change the segregationist practices of the South. In a time when Jim Crow laws oppressed African-Americans and peaceful protests were met with violence from governmental authorities and the public, Judge Johnson stood firm in defense of civil liberties. But his influence was not confined to the Southern states -- Judge Johnson’s decisions on voting rights, equal-opportunity employment, affirmative action, humane conditions for prison inmates, and the rights of mental patients to adequate care affected the nation and the world. In 1995, President Clinton awarded Johnson the Presidential medal of Freedom, saying that "his unwavering commitment to equality under the law helped dismantle segregation and bring our nation closer to the ideals upon which it was founded." Recently, celebrating the 100th anniversary of his birth, we remembered Judge Johnson’s resolve to secure civil rights for all with a two-day symposium in Montgomery, Alabama.

Wednesday, January 23 the symposium opened with registration at the Freedom Rides Bus Station, now a museum on the campus of the Alabama Middle District. Shortly thereafter, attendees were greeted by public interest lawyer and author Bryan Stevenson at the first event, hosted by the Equal Justice Initiative at the Peace and Justice Memorial Center on Caroline Street. 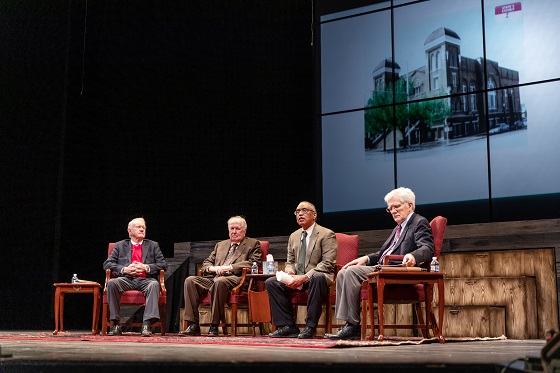 Later that afternoon, the Alabama Shakespeare Festival hosted a talk before allowing the visitors to watch a pre-showing of their production, Four Little Girls: Birmingham 1963. The reenactment of parts of the trial involving one of the Klansmen involved in the 16th Street Baptist Church bombing was particularly moving, and helped set some context and tone for the ASF production. Former Alabama Attorney General Bill Baxley, former Deputy Attorney General George Beck and former Assistant Attorney General Ed Carnes were joined by Honorable Judge Myron H. Thompson for this presentation. 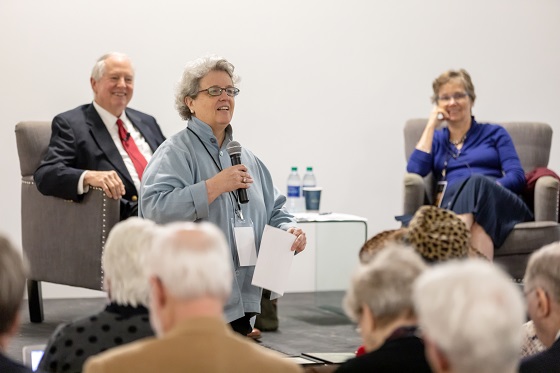 Thursday, January 24, saw the continuation of the symposium of to a jazzy start at the Kress Building on Dexter Avenue. A morning rumination over a biscuit breakfast complete with jazz band, former law clerks David Bagwell and Cathy Wright spoke about their time with Judge Johnson. They were introduced by Judge Walker, herself also a former law clerk for Judge Johnson. (Noted author, chef, and cooking show host Nathalie Dupree assisted with the biscuit breakfast.) 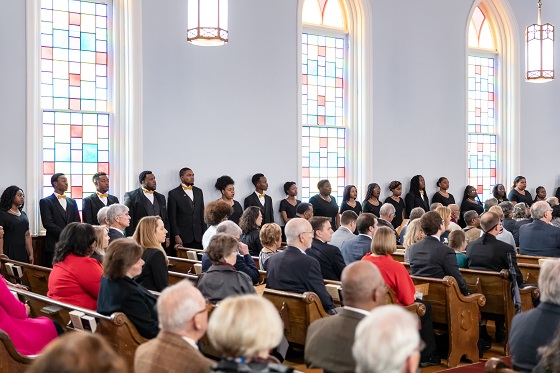 (Members of the ASU University Choir sang at the service. Photo: Jon Cook) 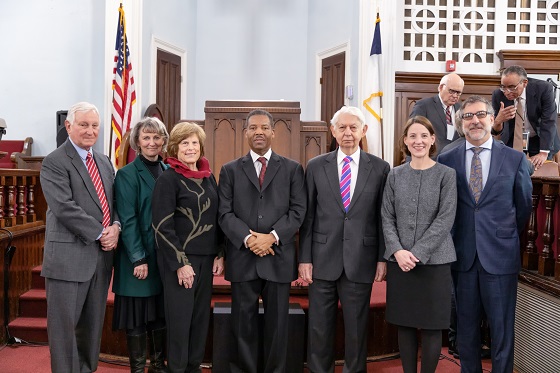 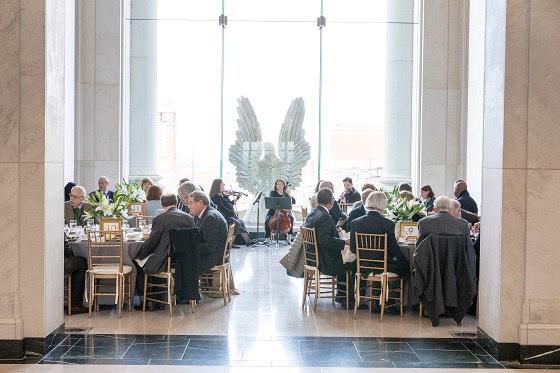 Pulitzer Prize winning author and journalist Howell H. Raines and Alabama author and historian Wayne Flint offered reflections on the life and legacy of Judge Johnson, giving both context to the gravity of his rulings and actions and further highlighting the impact of the modest but distinguished gentleman, soldier, and judge from Winston County, Alabama. Ambassador Andrew Young also spoke, and Judge Thompson reflected on his time as successor to Judge Johnson and the impact of Courtroom 2FMJ, affectionately referred to as “America’s Courtroom.” 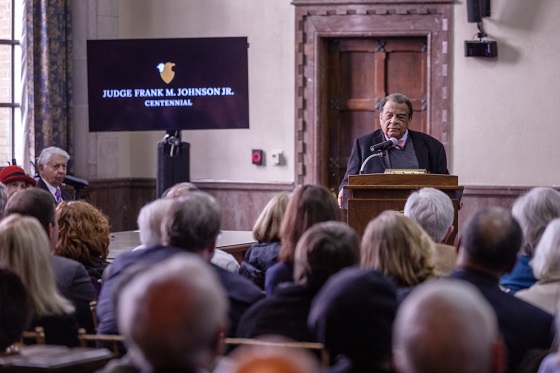 (Former US Ambassador to the United Nations Andrew Young offers historical reflections on Judge Johnson and the Civil Rights movement.)

Once the center of violent controversy, Judge Johnson emerged as one of the most admired jurists in the country. President Bill Clinton remarked, on his presentation of the Presidential Medal of Freedom to Judge Johnson in 1995, that “Judge Frank M. Johnson is among our nation’s greatest champions of freedom, and he has earned our lasting gratitude.”