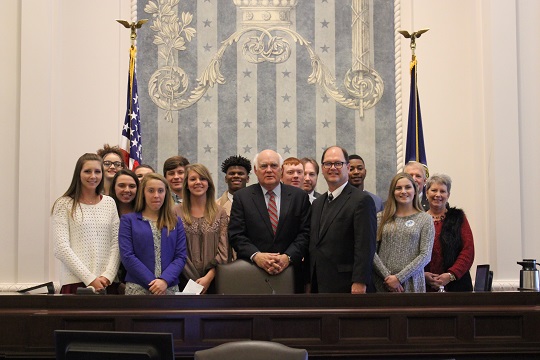 During the course of their visit, and as part of their Government Day theme, the youth were encouraged to remember the roles they can play in our government. Judge Watkins reminded everyone present that elected and appointed officials take oaths to protect the offices and constituents they serve, but pointed out that Justice Brandeis said the most important office, and one which all of us can and should fill, is that of private citizen.

The youth, several of whom already intend to pursue legal careers, were able to hear from Justin and Ben (Judge’s law clerks) about their paths through college and law school, and employment with the federal court system.