COVID-19: MASKS REQUIRED FOR COURTHOUSE ENTRY. For information regarding the Coronavirus (COVID-19) and the United States District Court for the Middle District of... END_OF_DOCUMENT_TOKEN_TO_BE_REPLACED

Judge R. Austin Huffaker, Jr. is a United States District Judge for the Middle District of Alabama. He was nominated by President Donald J. Trump and joined the Court in 2019.

Before being appointed to the bench, Judge Huffaker was employed in private practice for approximately 20 years in Montgomery, specializing in civil litigation defense, primarily in areas involving legal malpractice, employment, lender liability, auto dealerships, and product defect. He is a Fellow in the Alabama Law Foundation and a former Commissioner with the Alabama Securities Commission. He currently sits on the Alabama Pattern Civil Jury Charge Committee.

Judge Huffaker also has served on an Alabama Law Institute committee to revise Article VI of the Constitution of Alabama of 1901, and various state bar committees and task forces including the Unauthorized Practice of Law, Technology in the Courtroom, Creation of a Federal Practice Section, and Bench & Bar Relations. Finally, he has been elected as an officer with the Montgomery Chapter of the Federal Bar Association for over 10 years.

Judge Huffaker and his wife, Suzi, have four children. 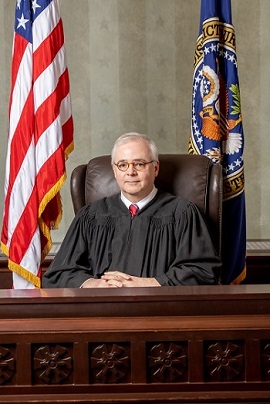