COVID-19: MASKS REQUIRED FOR COURTHOUSE ENTRY. For information regarding the Coronavirus (COVID-19) and the United States District Court for the Middle District of... END_OF_DOCUMENT_TOKEN_TO_BE_REPLACED

Judge Adams is a member of the Hugh Maddox Inn of Court and a Past President of the Montgomery Chapter of the Federal Bar Association. Judge Adams and her husband have one child. 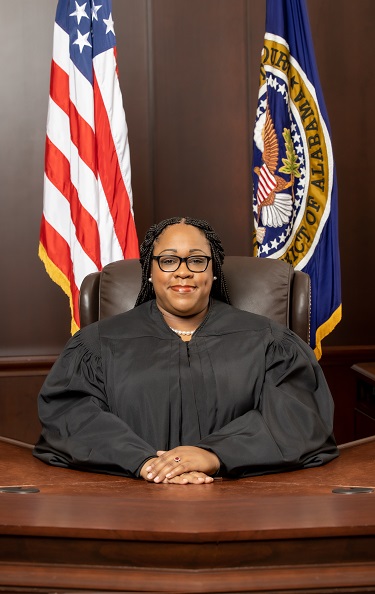